History of the School

On 21st August 1967, Whitburn Academy opened its doors for the first time. There was no official opening at this time as the building was not completely finished in time for the opening.

As that first term started, work to the heating system was still ongoing and at least 22 rooms were unavailable as they were full of builders materials and equipment that was still to be installed.

In the School log book, there is an account by the school's 1st Rector, D.K. Sommerville, about some of the chaotic conditions which the pupils and staff endured during the first few months, most of which probably wouldn't be allowed by today's Health and Safety Officials!

During the first few months: the Language Laboratory had no equipment installed as the supplier refused to install anything whilst there was still work being carried out on the room.   In the Science Labs and Homecraft (Home Economics) rooms, there was no gas, water or electricity, the storage cupboards were incomplete and  Homecraft still had no ovens.   Meanwhile, the Technical Department had to finish building the desks and worktops in their own department by themselves!

A large puddle of water had appeared in the storage area under the stage in the Assembly Hall, whilst in the hall, as well as being incomplete, there was large piles of books and equipment stored in the corners.   In the Foyer, the floor tiling was still being laid meaning staff had to walk over planks to reach the staff room. In the Commerce department, it was soon discovered that the fitted desks were built too small meaning the mechanical carriage returns on the typewriters would collide with each other as the pupils were typing! 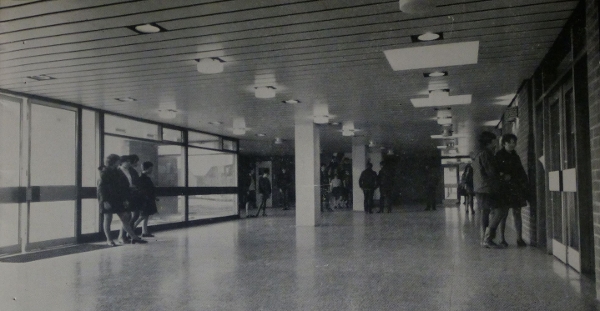 A note to all staff and pupils was issued in the early days for everyone to be careful not to cut their hands on the rough, as yet unpainted iron railings on the staircases, which hadn't yet received their wooden tops.   More alarming was the note that was issued for everyone to beware of the manholes in the corridors being left open whilst work on the building continued. The log book details that four pupils and a member of staff managed to fall down one of the open manholes.   Fortunately, the member of staff managing to remain upright thanks to his umbrella!

Due to the ongoing works, the new S1 pupils were housed in the old Whitburn Junior Secondary school on East Main Street, this building would later become part of Whitdale Primary School and was demolished in 2012. 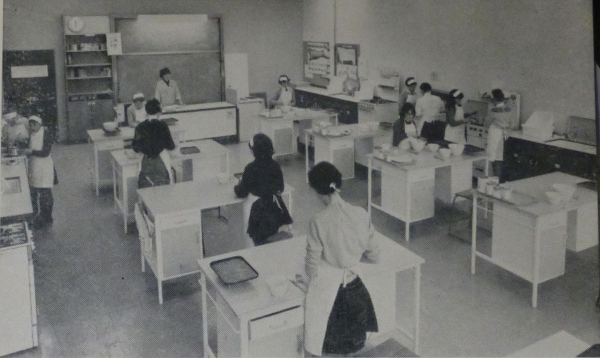 The layout of the school when it first opened was a bit different to what it is now.   The original entrance hall has been narrowed with part of it converted to offices. The Art Department, which is now located on the newest part of the ground floor between the the original Gym halls and the remainder of the 70's built extension,  was located on the 3rd floor along side the Geography Department.

Geography is now located on the 2nd floor as part of the Social Subjects faculty.  The 3rd Floor now contains the Maths and Business Studies Departments.

The Home Economics classrooms are still located in the same position on the Ground Floor, however there are only 3 classrooms now instead of the original 5. The library was located on the 1st floor, this space is now taken up by two modern languages classes, a staff base and the drama studio.   The library was later moved to the extension before moving back into the main building when the extension was demolished. Today's library is where the original Janitor's room, prefects and student common rooms were located. 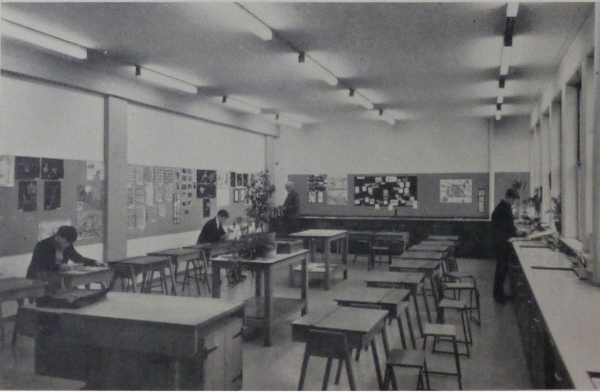 The location of the current Staff Room is that of the former typing and book keeping classrooms.   The pupil entrance to the school was located roughly where the 'Blue Room' is located now.   The area around the pupil entrance contained cloakrooms. This area now contains the Support for Learning Department, PSE classrooms, House Base, Medical Room and interview rooms.   The pupil entrance is now located at the Social Area, which was built on to the side of the Assembly Hall when the school was refurbished in 2003.    Until 2003, the Management Corridor held the Staff room, medical rooms, secretary's room as well as the Rector and Deputy Rector's office.  Today, this corridor contains the Janitor's room, Headteacher's Office, Offices for the Deputy Headteachers, an office for the Business Support Manager, a Meeting Room, Conference Room (located where the staff room once was) and an Isolation Room.

Subjects offered in the school during 1967 were:

Extra Curricular Activities in the school in 1967 were: 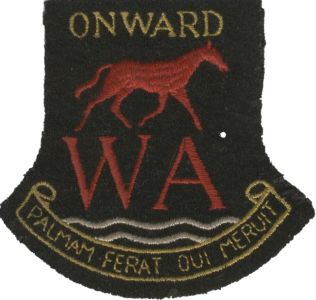 In Session 1967-68, Whitburn Academy had a roll of 1122 pupils, despite only being built to hold 845 pupils!  There were 70 members of staff including the Rector, teachers and office staff.

By Easter 1968,  most of the disruptive building works had been completed, meaning the Official Opening of the school could finally take place on 19th April 1968.   A copy of the official program from the opening of the school can be found in the downloads section at the foot of the page.

Despite all the chaos and disruption caused by the building works during that first year, the school managed to achieve an exceptional 358 'O' Grades, 118 Higher Grades in the S.C.E exams and a Sixth Year Studies Certificate in French.

The school motto in the beginning was "Palmam Ferat Qui Meruit" which converted to English means "Let him who has earned it bear the reward". 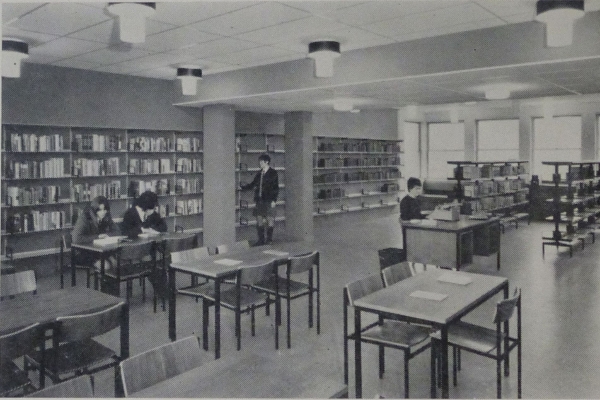 As the population of Whitburn and the surrounding area grew with a large number of people being rehoused from the tenement areas of Glasgow and also the catchment area changing, the school buildings quickly became too small for the number of pupils attending.   This meant that more accomodation was needed.   An extension to the main building was built in the 1970's.  The extension included a new games hall, library, lecture theatre and a number of classrooms. A number of temporary classrooms and huts were installed in both the front and back playgrounds.

The late 1980's saw the introduction of the first computers to the school with a small number of BBC computers being introduced to the school.   It would be the 1990's before Computing was introduced as a subject and a number of Acorn and Apple Mac PC's were brought into the newly formed Computing Department.

In 1992, the school celebrated its 25th Anniversary with a School Reunion being held for ex pupils and staff on Saturday 3rd October in the Assembly Hall.

By 2000, the school roll had reduced and the buildings were in need of a refurbishment to improve facilities and this would come in 2003.   A large part of the 1970's built extension was demolished with only the portion containing the PE department being retained.  The gap between the remainder of the extension and the original building which had existed since the extension was built, was filled in with the building of a new art department.  The main entrance and foyer area was redesigned and made narrower with the school office, finance and reprographics rooms being built inside it.   A social area for the pupils was built on to the side of the main assembly hall and cladding was added onto the outside of the main building to make it appear more modern.

As less space was available following the demolition of the extension and removal of the temporary buildings, a number of classrooms in the main building were made smaller to fit more rooms in and most departments were moved to their current locations.

Since Whitburn Academy opened in 1967, there has only been 5 Head teachers:

Downloads
Also In This Section